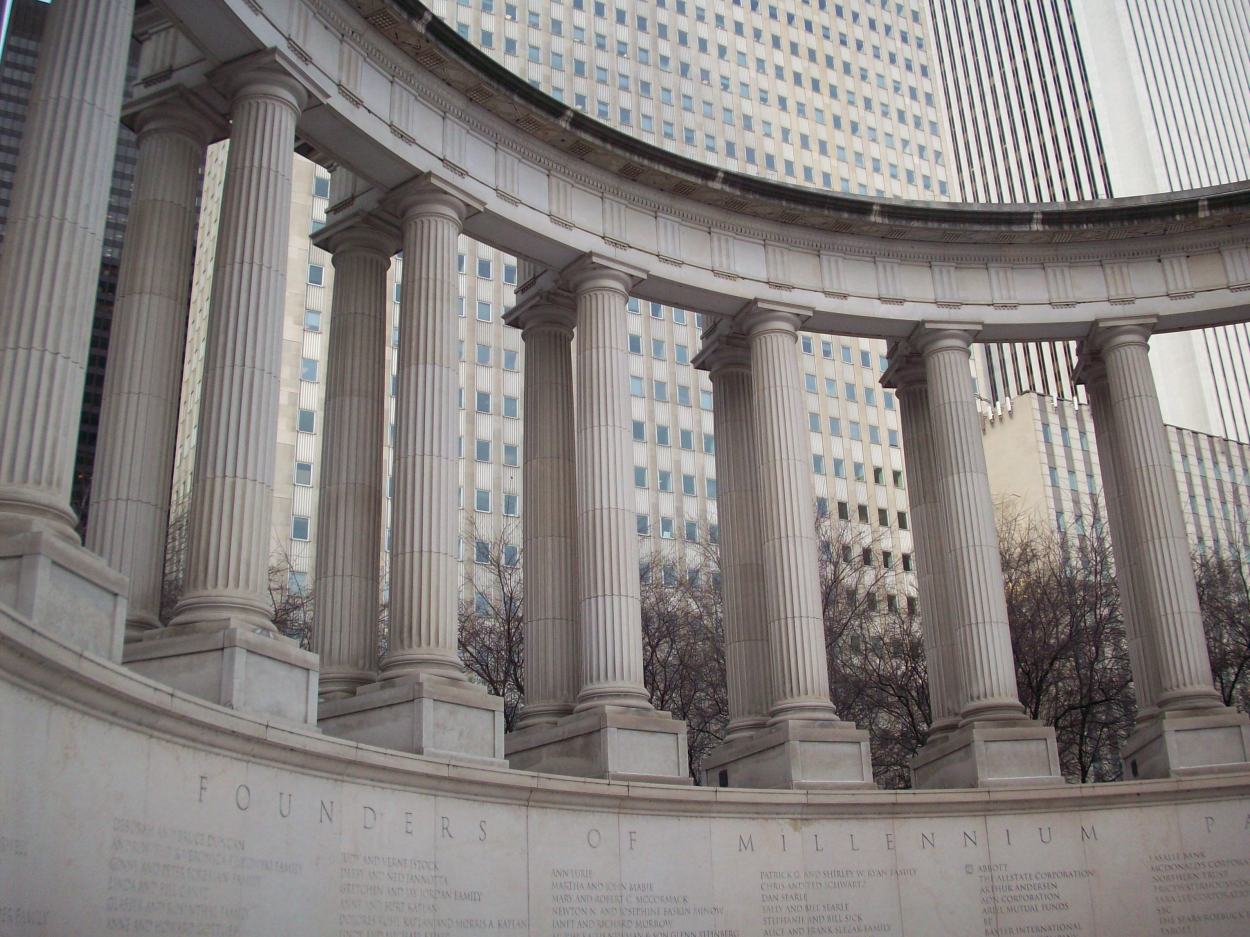 The last post about Atlantis ended with an opinion that other horary charts were needed to pinpoint its position. To reiterate, I asked about the lost city of Atlantis, not the continent. Asking about the city of Atlantis would seem to be the wrong question to ask; however, the horary chart was radical. To put it another way, horary charts give indications of rejecting a question if the question is faulty. If I had asked about a truly fictional place, the chart may have rendered with late degrees rising or Neptune in the first house or some other faulty condition. Anthony Louis does a good job of explaining this in his book, Horary Astorology, Plain & Simple, pages 51-70.

When I asked the first question about Atlantis, I was living in Chicago. The horary chart pointed in the compass direction North by West. I moved this month to a location in Illinois, northwest of Chicago. In my new location, I asked on June 10, 2015 if the ancient city of Atlantis is in Illinois. The chart for the question is below. 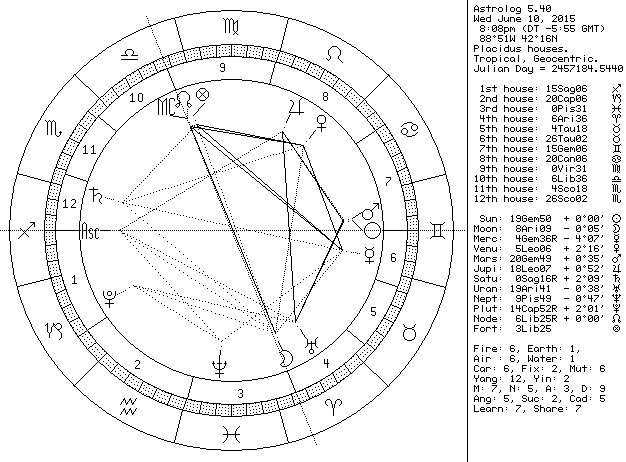 The Moon is the representative of lost things per William Lilly, a reknowned 16th century Astrolger. The Moon is in Aries in this chart. Aries describes an area to the east of my location that is sandy or hilly and unfrequented, possibly near heat or warmth. The Moon’s 4th house position describes an area north of my location and in my state. It indicates there is treasure lying hidden in the ground; the treasure being the buried city. I think this area is the dunesland area in the northeastern section of Lake county. It has been untouched by industry.

Whatever caused Atlantis to drop below the earth’s surface may cause it to rise in the not-to-distant future. The Moon is making an out-of-range conjunction to Uranus, the planet of unexpected events and surprises. The conjunction is in an angular house meaning it will happen sooner rather than later. Uranus is applying by sextile aspect to a Sun/Mars conjunction. The sextile is an easy aspect and it means the unusual event will be pleasant. However, the Sun/Moon conjunction squares Chiron. I have only recently begun to use Chiron in horary chart interpretations. I have found that it does have an affinity with Virgo, but does not usurp Mercury’s rulership of the sign.

I have not tracked how Chiron energy manifests in mundane charts. In an attempt to discover this, I searched for past periods when the three planets were in the signs of the horary chart. The sign positioning did not occur as often as I expected. I found three periods: May 18-June 6, 1620; May 11-June 1, 1667; and May 17-26, 1716. A significant event occurred during one of the periods; the War of Devolution1, a war between France and Spain.

In May of 1667, the French army secured Flanders, a county in the Spanish Netherlands. “In 1667, led by Marshal Turenne, the French invaded Flanders and, in what was something of a procession, took fortress after fortress with little opposition.”2 The Sun/Mars conjunction can be viewed here as France’s advancement into another country. Perhaps the lack of opposition was manifestation of the square to Chiron. Opposing forces were not prepared to fight France and experienced difficulty (square aspect) in defending themselves. “As Spanish power waned in the latter decades of the 17th century, the territory of the Spanish Netherlands was repeatedly invaded by the French and an increasing portion of the territory came under French control in successive wars.”3

Astrologer, Bob Marks states that one of several things Chiron represents is a recurring problem. “It is an indicator of where we have problems that tend to keep recurring, in one form or another, throughout our lives.”4 French invasions were a recurring problem for the Spanish Netherlands. With this in mind, the Sun/Mars conjunction square Chiron could mean that the buried city may be exposed due to some recurring process that gradually overtakes the area. For example, holes forming in the Indiana, Mt. Baldy sand dune have stumped geologists.5 It is suspected that visitors walking on stabilizing grass has caused the holes. Something of this nature could expose an element leading to the discovery of the buried city.

It seems preposterous to think that an ancient, possibly fictitious city could be buried under a sand dune in Illinois. Conventional reason says, “No Way!” Taking life as it comes means anything is possible, even this.

One thought on “Where is Atlantis? Part 2”

“The creation of the internet and social media has given today’s tyrants tools of propoganda and disinformation that yesterday’s despots could only have dreamed of.” – Jamie Raskin