I was watching one of several YouTube videos of a tornado in Rochelle, Illinois last month, when I thought I saw a tornado lose momentum as it tumbled over a metal grain silo. I was shocked and astounded to see such a thing. I tried to track down the person who recorded the footage to verify its authenticity, but only succeeded in having its status changed to private. That was definitely not my intention as I wanted to embed it in this post. I watched the video again with another person and we were able to determine that the tornado was a distance away from the silo. My excitement was squelched. I didn’t see what I thought I saw. Does the video to the right show what usually happens when a tornado meets a grain silo?

My zeal was pigued again when I found an article1 about an EF52 tornado that practically obliterated Greensburg, Kansas. Builder David Moffitt is quoted as saying, ‘After the tornado went through Greensburg, we were impressed that the only thing left standing was the town’s silo.’

Judging by many of the reports I read, silos, in general, are not tornado resistant. Two concrete silos were reported damaged by F1 and F2 tornados in August 2014. Of course, the concrete silos were most likely stave silos. “Concrete stave silos are constructed from small precast concrete blocks with ridged grooves along each edge that lock them together into a high strength shell” – Wikipedia. This shell is adequate for holding produce and mining materials, but it is not sufficient for withstanding 300 mph winds.

Are tornado resistant homes even possible?

Yes. Think of a lighthouse. Consider the types of forces it was designed to withstand and you will realize that the answer has been around for a long time. The following excerpt4 from ICF Builder Magazine is so succint and provocative that I did not want to lessen its impact by summarization:

…it is expected that a disaster-resistant shell house will feature flat or pitched reinforced concrete roof slabs structurally connected to the concrete walls. It is incomprehensible that homebuilders continue to install wood framed roof assemblies to secure R/C [reinforced concrete] walls expected to handle very high wind velocities. Such a roof would be distributed by a tornado in the form of kindling wood over many acres. The interior of the decapitated house along with its contents and inhabitants would then be at the complete mercy of the subsequent weather.
In Japan, the disaster-resistant-shell principal has been developed to a high degree for substantially earthquake proof apartment buildings. They have called this structural shell a “box-frame[5].”
In the major Kobe, Japan earthquake of 1995, the world saw photos of extensive damage to buildings and transportation structures and learned about the deaths attributable to the event. Thirty-nine mid-rise box-frame precast reinforced concrete apartment buildings were located within the zone of influence of the 6.8 Kobe trembler. There was no structural damage to a single apartment building from the quake and they were all green-tagged for immediate occupancy the day after the shake – confirming the viability of the box-frame structural solution. 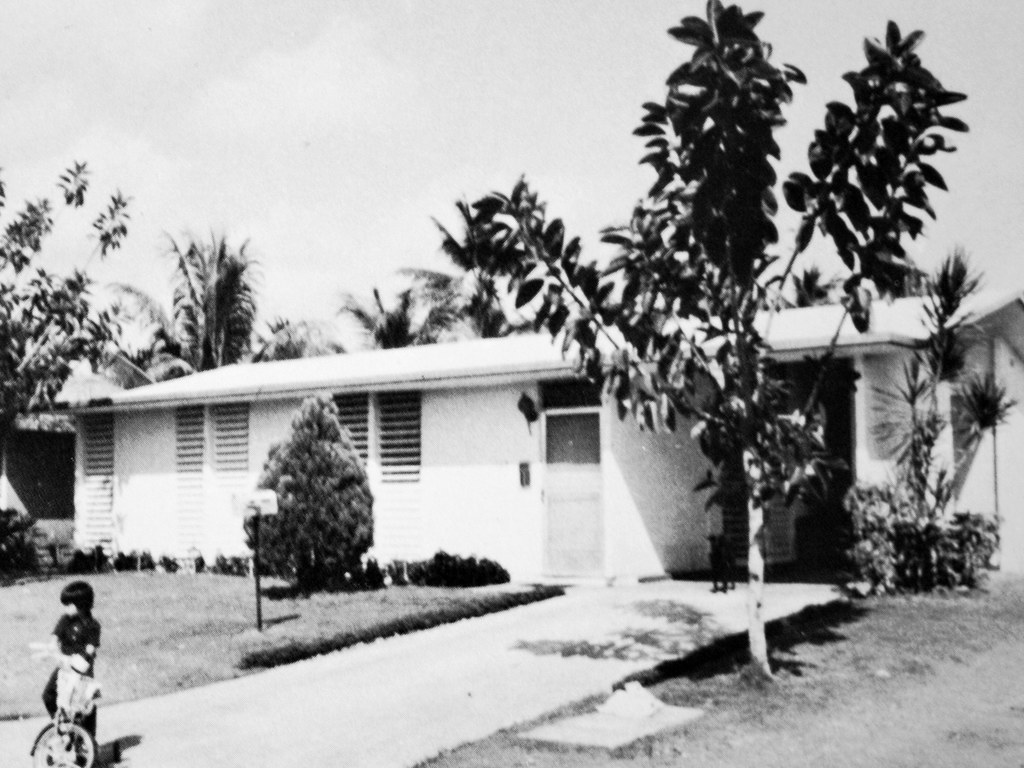 In 1993, thousands of R/C box-frame single-family houses, originally designed only to resist typhoon winds, were subjected to the forces of a Richter 8.1 earthquake only about 30 miles off shore of the island of Guam. There was no damage to any of the houses. Walls were made with 4 inch tilt-up concrete panels and the roof a cast-in-place reinforced concrete flat slab.

Bob Vila’s video, to the right, shows the shell of a reinforced concrete home under construction in Punta Gorda, Florida. The second video, to the left, shows construction of the roof. The roof was constructed using concrete tile, not the concrete slabs recommended by ICF builders. Leslie Chapman Henderson from FLASH, Federal Alliance for Safe Homes, does not state any objections to the lack of a concrete roof in the video.

A photo of a home in Urbana, Illinois which recieved a direct hit from an F2-F3 tornado is included in a report prepared for The U.S. Department of Housing and Urban Development, entitled “Costs and Benefits of Insulating Concrete Forms for Residential Construction.” The shell of the home is shown standing, but the roof is missing. “The ICF walls protected the owners and their pets from the fierce wind and debris even when the roof was gone. Adjacent homes suffered 100 percent damage.” Since a concrete roof was not mentioned, it is assumed that the home did not have one.

Long ago, when I was a real estate agent, I dreamed of building a home for the future. I never imagined the entire house would be formed from concrete. It seems that if a house of the future is to withstand the extremes of nature, it will be made of concrete.

One thought on “Grain Silos and Tornados”

“The creation of the internet and social media has given today’s tyrants tools of propoganda and disinformation that yesterday’s despots could only have dreamed of.” – Jamie Raskin